This Critical Error bio was written by Rose Mullin in 2020 and first published on Wud Records.

For those on phones or other devices with small width screens, here's another photo of Critical Error without cutting out Steve and Allan! There's way more Critical error stuff including some some great photos on Wud Records.

TWO HIPPIES AND A GUITAR

Critical Error were formed in Exeter in 1985 when Rosie Mullin (nee Thomas) was telling a friend one evening in Timepiece (back then the best rock and indie venue around) how she would love to be a lead vocalist in a band one day. As luck would have it, her friend knew a budding guitarist who was happy to strum chords and play the odd guitar solo, but would rather drink meths than attempt to sing! So a meeting was arranged at Rosie’s bedsit where she met the tall, blonde, bearded hippie, Aidan Whiteley armed with an Eagles songbook.

Aidan and Rosie endeavoured to learn such pop classics as Hotel California plus Patti Smith’s Because the Night and a precarious future as a covers act hung in the balance. That was until Aidan introduced Steve Mavin to the mix. Steve, like Aidan and Rosie, was of the hippie variety with long dark hair and John Lennon glasses, and Steve’s secret weapon was talent as a songwriter!

ONE MAN AND HIS DOG

With Steve on acoustic guitar sharing vocals with Rosie, the new line up gave space for Aidan to experiment with his eclectic style on lead guitar and it was not long before the bohemian trio were offered their first gig upstairs at the legendary Barts Tavern in Exeter. Their performance, albeit shaky, was met with an enthusiastic response and Critical Error was born.

Shortly after they were joined on bass by Jeremy Peirce, a John McVie / Mick Fleetwood hybrid lookalike with a penchant for stripy leggings, and the acoustic trio became a band!

Their early gigs were performed at Exeter venues such as the legendary Papermakers, The Oddfellows (to one man and his dog) and a private party in the basement of The Mint where a drunken audience member tried to stop Rosie singing by attempting to shove a mini sausage roll in her gob! An uncertain future lay ahead until local indie / punk outfit, The Garbage Grinders, took Critical Error under their wing offering them several support slots at the popular city venue, The Arts Centre (now The Phoenix).

It was around this time that Jeremy Peirce was replaced on bass (due to crimes of being too funky) by Allan Veal, a lentil loving hipster who had just graduated from Hatfield Poly. His subtle basslines blended perfectly with Critical Error’s burgeoning set that now comprised more original material than covers. The band returned to Paul’s bedroom to record their first official demo, Wot! No Drums?!.

Unlike their first recording, the demo consisted of more original material: Sweet Warrior (Mavin / Mullin), a medieval style ditty inspired by a poem written by Rosie; The Instrumental (Whiteley / Mavin) which briefly gave the listener a break from Rosie’s Stevie Nick’s styled warbling, and the ethereal Gypsy, the only Critical Error song to be written by the whole band. The demo concluded with The Wine, written by Andrew Russe, then frontman of shit-kick’n rhythm and blues outfit, The Chillun.

The band begun to build up a following and chance opportunities arose, such as their demo being played backstage at an All About Eve gig and also being billed to support Roy Harper at St George’s Hall (now The Corn Exchange). However, only hours before going on stage, they were ousted from their slot by a disgruntled Harper who refused to be supported by an unknown band. Unperturbed, Critical Error continued gigging wherever anyone would have them.

They played alongside local rock band Gremlin, on the top deck of a cruise boat, where Rosie was heckled for being a “fucking hippie” as she excitedly announced to an audience of bikers that there was a rainbow in the sky!

The closest Critical Error came to an actual tour was a two night extravaganza playing a wine bar in Bridport and a biker rally deep in the backwaters of Zeal Monachorum. It was at the latter gig that Allan, keen to embrace the rock n roll lifestyle of ‘being on the road’, spent the day getting rat arsed on scrumpy. Thanks to the copious amounts of PG Tips shoved down his throat by burly Hells Angels (keen to sober him up), the show was able to go on.

Despite the persona of being peace loving hippies, Critical Error had a turbulent relationship on and off stage. There were threats of coffee jars being rammed up arses, Allan was a cat’s whisker away from being lynched at Zeal Monachorum and Aidan and Steve nearly came to blows at the Summer Madness festival in Sidmouth, which culminated shortly after with Aidan’s departure and the band’s first meltdown.

Cast adrift without a lead guitarist, Rosie decided that the only way forward was to utilise Paul Bateman’s recording skills and the talents of fellow local musicians to record a new demo. Subsequently an epic ‘all-star’ seven track cassette was conceived. The band’s signature acoustic guitar took a back seat and searing guitar solos more akin to Steve Vai and Pink Floyd’s David Gilmour came to the fore. There was also the addition of blues harp, congas and Paul’s new toy, a Roland TR-505 drum machine which, being 1987, was cutting edge technology!

The collaboration saw songs of autumn and golden angels juxtaposed against tracks of raw emotion. Steve Mavin’s anguished Walk on Water is a personal insight into the death of a past lover who tragically drowned in the River Exe and the vitriolic The Wilderness, which is a bitter love song where Steve spits the lyrics “I’d rather die in an empty room than to see your face again. I’d rather die in the wilderness, I’d rather die in the burning rain.”

Meanwhile, in the background various splinter projects emerged with The Fruit Bats (Aidan and Rosie), City Man Panics (Steve and Rosie) and Allan joined forces with his then girlfriend, Emma Waters, to form the psychedelic Prism. However, the friendship between all four members of the band drew them back together again and the reunion saw the addition of the elfish Jo Hooper on cello.

Various Exeter gigs followed at The Eagle Tavern, The Firehouse and even on top of Rosie and Steve’s roof at a kitchen party. Unfortunately old tensions arose once more and songs such as Come In Out of the Rain (one of the most powerful collaborations between Steve and Rosie) failed to come to fruition as a Critical Error track. It seemed the spark that had set the band on their musical journey had fizzled out and Critical Error parted ways once more.

In the summer of 1995, after a hiatus of seven years, Critical Error came together to perform a gig at The Black Horse in Exeter. The performance and connection between the band was stronger than ever. Steve and Rosie introduced the newly penned song Wild to the set (the first new Critical Error song to be written in seven years) and they played to a crowded venue. However, this was to be their final gig. The following September, Rosie moved away to Bournemouth to study for a degree in Scriptwriting for TV and Film.

After a very long battle with his health, Steve sadly passed away from complications of the liver in March of 1999. He was just 47.

If the above has whetted your appetite to own some Critical Music, you can get the Critical Error album for just £6 on Bandcamp. Go on - make us rich! 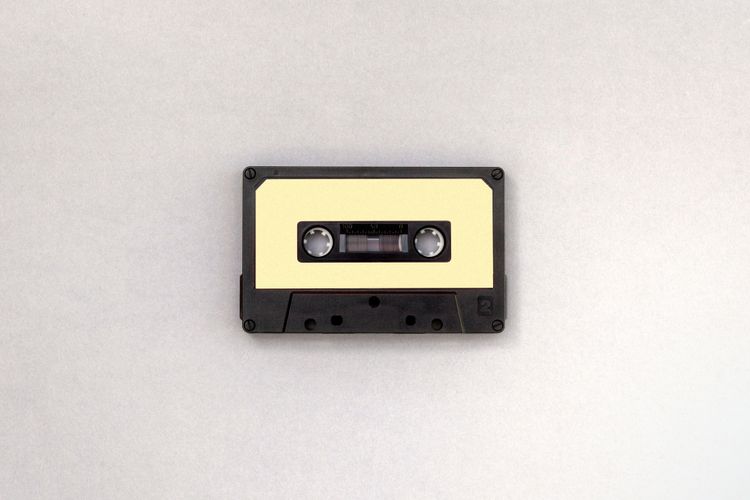